Vegan food is something special. In fact, it’s been around for thousands of years and more people today are choosing to eat vegan meals because its healthy, sustainable, and pretty darn delicious. Whether you consider yourself to be vegan, wondering what it’s all about, or a foodie that loves to eat good — here are 13 reasons why vegan food is better for you.

What’s better than a juicy burger and a cold beer in the summertime? This familiar taste is what makes vegan food so difficult to replace. But, that’s not the case anymore.

Innovative companies like Beyond Meat and Let’s Plant Meat provide a variety of plant-based, meat-like foods that taste just like the animals after they’ve been killed, cut up, and cooked. Plus, it not only tastes like meat products but it looks like them too.

Just look at that burger — how can you resist?

A vegan diet is packed with nutrients when done right — but, what exactly do vegans eat? Vegans are feasting on 5 main food categories to get a balanced diet filled with all the right nutrients:

3. Not to mention healthy

How often do you eat fast food and junk food? Hopefully, not too often. Vegan food is made mostly from plants and entirely avoids any animal cruelty or exploitation (i.e., meat and dairy). Plus, there’s scientific evidence that shows vegan food can improve your health.

5 SCIENTIFIC REASONS WHY VEGAN FOOD IS GOOD FOR YOUR HEALTH

In a study on 30 kids and their parents, each pair followed a vegan diet or an American Heart Association (AHA) diet for 4 weeks.

Children and parents who followed the vegan diet consumed less protein, cholesterol, saturated fat, vitamin D, and vitamin B12. They also consumed more carbs and fiber than those in the AHA group.

Overalls, children following the vegan diet lost 6.7 pounds (3.1 kg), on average, during the study period. This was 197% more than the weight lost by those in the AHA group.

Conclusion: Both diets does help to lower heart disease risk in children and adults. However, the vegan diet had a greater impact on the children’s weight and the parents’ cholesterol and blood sugar levels.

There’s a strong link between diet and type 2 diabetes. Our body weight is the major risk factor since the extra fatty tissue makes cells resistant to insulin.

A study published in June 2016 in PLoS Medicine found that eating a plant-based diet with high-quality plant foods reduced the risk of developing type 2 diabetes by 34 percent.

Why? Eating a plant-based diet, instead of meat, have lower saturated fats, which can raise cholesterol and increase your risk of type 2 diabetes.

6. Can help you lose weight

The truth is, plant eaters tend to weight less even if that’s not your end goal. While in some cases, metabolism and hormonal imbalances can play a role in weight gain in loss, for the most part, our weight is often a direct reflection of our diet.

Eating more plants, instead of meat and other processed foods, can help you drop pounds. According to a study published in Nutrition & Diabetes, 65 overweight adults who followed a whole-food, plant-based diet for one year lost 9.25 pounds on average.

There’s some compelling research that shows plant-based diets (i.e., vegan food) can help slow the progression of Alzheimer’s. In a study published in Aging Neuroscience, researchers found that eating an extra 100 grams of fruits and vegetables per day (about one-half cup) led to a 13 percent reduction in the risk of cognitive impairment and dementia.

8. Minimize risk of a stroke

Your risk for a stroke increases if you are overweight, have high blood pressure, or diabetes. The risk goes up for people who smoke, drink excessively, or use drugs. Most of these risk factors can be eliminated simply by adopting a vegan lifestyle — it simply forces you to start making healthier choices. Researchers found that the highest consumers of fruits and vegetables had a 21% lower risk of stroke than those who consumed the least.

2 ENVIRONMENTAL REASONS WHY VEGAN FOOD IS GOOD FOR THE PLANET

Eating a vegan food could be the best way to reduce your environmental impact on earth. A new study from Oxford University says plant-based diets reduce food’s emissions by up to 73%.

“We need to find ways to slightly change the conditions so it’s better for producers and consumers to act in favour of the environment,” says Joseph Poore. “Environmental labels and financial incentives would support more sustainable consumption, while creating a positive loop: Farmers would need to monitor their impacts, encouraging better decision making; and communicate their impacts to suppliers, encouraging better sourcing.”

If you started eating only vegan food from this day onwards, you’ll no longer contribute to this massacre!

11. Because celebrities make it cool

This is so embarrassing, but, if celebrities are doing it — you should too!

Okay, that’s never a good reason to do something or suggest it’s better for you. However, people who idolize and obsess over celebrities tend to adopt their lifestyles as their own. For example, I got my ears pierced because the lead singer of my favorite rock band, Tim McIlrath of Rise Against, had his done.

So, if you’re hiding in the bushes to catch a glimpse of celebrities Joaquin Pheonix, Billie Eilish, Woody Harrelson, Pamela Anderson, or Russel Brand — you might be able to grab their attention by shouting, “Hey Joker, I’m vegan too!”

Or, maybe don’t be a stalker and enjoy Moby’s TedTalk on why he went vegan instead (it’s very inspiring).

2 PERSONAL REASONS WHY VEGAN FOOD IS GOOD FOR YOU

This is one of those things you have to try it to believe it.

From my experience, every time I eat vegan food for a few consecutive days or weeks — I always feel better and think clearer. I get the energy I need to keep me focused on my work while experiencing less of a ‘crash’ after eating heavy meals the way I do with meat.

Disclaimer: I’m not a vegan but I do limit the amount of meat I eat. I love going to vegan restaurants with friends and prefer to eat healthy and clean foods.

Loneliness is a serial killer these days. Even with technology making us more connected to each other, it’s slowly eliminating the part of us that makes us human: real-world interactions.

But don’t worry, you’re always welcome at I’m Your Vegan. So whether you come alone or with a friend, stop by to say hi while enjoying some of the best vegan food in Chiang Mai, Thailand. 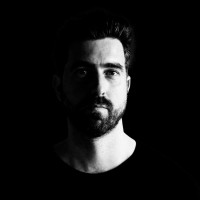 Jef van de Graaf is a copywriter and world traveler in pursuit of understanding the great unknown. His writing focuses on ways to stay mentally, physically, spiritually, and financially fit in a chaotic world. Connect with Jef on Instagram.

Vegan Diet: What the Heck is That?